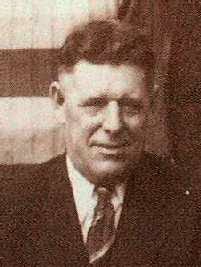 Arthur Joseph Plante, son of Jean-Hormisdas Plante and Melvina Chevalier, was born Jan. 7, 1883, probably in St. Ursule, Maskinonge, Quebec.  At the age of eight he entered the United States with his family in Oconto, Wisconsin, where his father found work as a lumberman.  Sadly, Arthur's father died in 1893, just two years after arriving in Wisconsin.  His mother remarried three years later, only to lose her second husband after just two years of marriage.  Twice, a widow, Melvina made her way to Palmer, Massachusetts, where her father, and her brother Zepherine had settled.  Arthur met Lillian Brow, and they were married in Palmer on Sept. 23, 1904.
Arthur and Lillian had a family of fourteen children, eleven of whom lived to adulthood.  Arthur worked for the railroad,  as a brakeman and belonged to the Brotherhood of Railroad Trainmen.   In 1929, Arthur and Lillian purchased a three-story home in West Brookfield, MA at the corner of Central and Front Streets.  The 1930 census shows Arthur, Lillian, nine of their children, and a daughter-in-law, living in the home.  By 1940, only three children were still at home, but Lillian's 81 year old father, George Brow, had become part of the household.  Arthur and Lillian sold the home to one their sons in 1949, and returned to Palmer.  Various family members continued to occupy the home until 1967, when it was sold to a realty company.  The dwelling was demolished sometime after the sale.
Arthur died April 29, 1952 at a hospital in Westfield, and was buried in St. Anne's Cemetery in the Three Rivers section of Palmer.  His obituary on page 29 of the April 30th edition of the Springfield Union, named his widow, Lillian, and eleven surviving children.  It went on to mention that he had thirty-six grandchildren, and 6 great grandchildren.  My husband was one of the latter.
Today, many descendants continue to live in central Massachusetts.  Some have cherished memories of Memere and Pepere, and most are in possession of a copy of a family photo taken outside the West Brookfield home in 1939.  I have asked about a photo of the house, but family and local historians claim never to have seen one.


[Sources and further information are available upon request.]